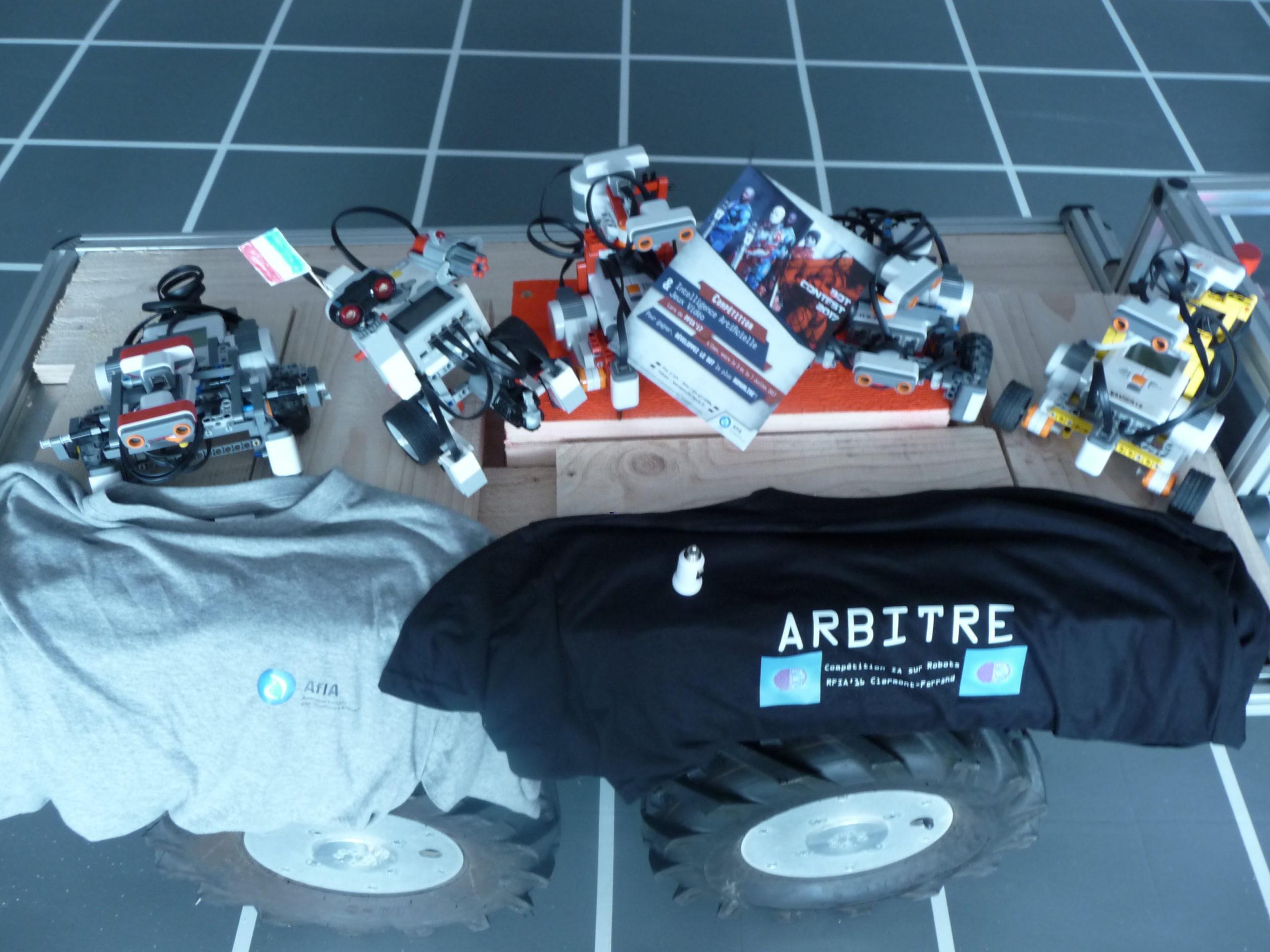 It was  to build and develop a LegoMindstorm Robot. The competition rules were inspired by the game “Robot Ricochet”: from an entry point in the arena, the robot had to reach a point of arrival as quickly as possible by bouncing on static obstacles.

Here, some more information about the contest page

My second year of my Undergraduate degree in Computer science is finished. All the ewams are over. One of my teachers told me that an Artificial Intelligence competition will take place at Clermont-Ferrand. One month before the beginning competition I started working hard to build the robot and configured it. No time to sleep a lot or to enjoy my holidays.  My main strategy was to bypass the exploration steps and to try directly to reach the goal. It was a risky bet but I wanted to take up the challenge !

I was inspired by the A star algorithm. The general idea consisted in choosing the appropriate direction which would bring my robot as close as possible to the arrival point. For each detected obstacle was detected, my robot added a wall into its internal map and applied it to a path using the best direction to find is way through. The process was repeated as many times as necessary.. My choice was  to make an algorithm as simple as possible.

The option of simplicity was rewarded because I won the level 1 and 3 of this competition !